About what to write here next.

You see, for me, my blog has to be meaningful, even if it’s when I feel like having a good ol’ rant. I can’t be just talking about mumbo-jumbo, nor do I want to write things that are so serious, that they bore me and you!

So, the past month, I’ve really beamed up my scrutinising powers and came up with a list of what I like to call ‘Crude Awakenings’.

Yes, yes, I know it’s a play on ‘rude awakenings‘, but there are two differences between what’s ‘crude’ and what’s ‘rude’.

While being crude is being cruel+rude. 😉

Secondly, I don’t like to think that I am a rude person, but I do know that there are some crude shades to me. 🙂

Crude Awakening #1: I find movie stars and anyone who thinks (or are deluded enough to think) they have celebrity status really ludicrous when they wear shades/sunglasses in a fully well-lit room. I mean, why do they do this? They can’t be that drunk to turn up on telly can they? Or do they think that by sporting some eye-candy on their eyes they can avoid making eye-contact with us mere mortals in the audience? If this is the case, that is Just. So. Crude!!

Crude Awakening #2: Like most women, I do like experimenting with the odd cosmetic/shampoo/hairstyling product, once in a while and I’m one of those who likes straight/straightened hair.; considering that my natural hair is of the very-thick-and-curly variety. So, I’ve sampled quite a few hairstyling products after falling prey to their come-hither-for-a-slick-salon-finish adverts and have been disappointed, time after time, after time. However, I just tried using John Frieda’s ‘anti-flyaway’ straightening potion (or whatever it is called) and while it hasn’t done much to get rid of my flyaways, it has given my hair a sleekness after straightening. So moral of the story, we can’t get salon-finish at home, that’s why we need salons! 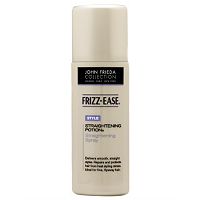 Crude Awakening #3: Do you love me or not? It is either yes or no. It’s as simple as that. What’s wrong with us? Why can’t we call a spade a spade? Why do we faff around giving hints to people we might fancy/while we still have eyes on the market looking for other types who maybe better than the one we’ve reserved? Dating has become nothing but shopping, I tell you. We have successfully dehumanised ourselves so much that we mean nothing more than the next shampoo bottle, or cleaning product. Uggggh!

Crude Awakening #4: Do the contestants of the UK’s version of The Apprentice not see the show before they get on it?! Do they not learn from the mistakes contestants in the past have made? Why are some of the contestants such vile, nasty, or simply plain stupid? Even if they do make good drama, the fact that they can get on national telly and make utter fools of themselves, is just kicking their own backsides, if you ask me.

Crude Awakening #5
: And finally, now don’t call me a traditionalist, because I’m not one of them, but old adages, (e.g. ‘old is gold’, ‘all that glitters, is not gold’, etc) are there for a reason. In order to bring on the new, we need to keep the old in mind, just like we need to learn from the past to better our present and futures. So, if converting our high streets into victorian shops makes us be more polite, more respectful and more profitable as customers/consumers, then so be it. Otherwise, we ‘re just indulging in nostalgia of the rose-tinted spectacle kind!

This site uses Akismet to reduce spam. Learn how your comment data is processed.