How goes it with you all?

Lately, I’ve been windswept with a lot of baffling mishmash which I’d like to share/rant with you in this blog post.

I will call it my second list of conundrums as the nature of  this blog post is similar to the one I wrote two years back, you know the one called Conundrums! 🙂

Strikes a bell? Good. If not, it doesn’t matter.

Forget about stopping and looking at the flowers, what IS wrong with commuters and their need to be uber-speedy? Yes, I know we all need to make it to work on time and that public transport can be slower on most days, but does that mean we have to tut-tut at those who are not in a hurry? Does that mean we have to shove past them? If the slower ones are in the way, can’t we just say ‘excuse me please’ and wait for the split second it takes them to allow you to charge forward? Have we lost all sense of decorum? No, actually don’t answer that because I already have! It makes me mad and shout out:-

This leads me to another commuting-related conundrum: buses! No, I don’t have a problem with the mode of transport per se, but I do have a problem with the way some drivers feel the urge to hit the breaks real hard just when the bus is packed and we all fall on to each other, succumbing to 50 shades of body odour/bad breath/someone’s foot/someone’s oversized bag? This is NOT what we want to encounter the first thing on a miserable Monday morning back to work! 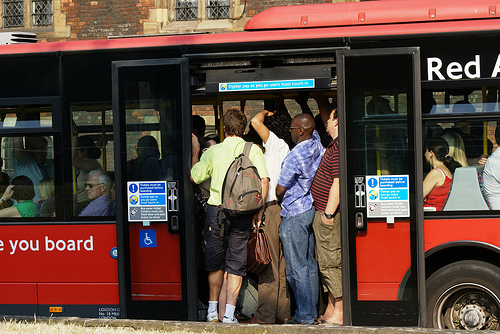 My third conundrum (should probably be my first, but then I’m in a random mood, so there!) is, to simply put it, why can’t people just MIND THEIR OWN BUSINESS?!?! I’m sure there are countless blog posts and what-have-you on this, but we just don’t change, do we? And don’t you just hate those sort of people who don’t reveal much about themselves when you prod for more detail, you know as a sort of returning-the-favour/doing-the-same so that this person doesn’t think I’m selfish, yapping about myself all the time! But no, it turns out, such people don’t care about your reactions, but look out for your response. When you live in a inter-cultural society like mine – i.e. a mishmash of British Asian/native Indian/urbane-and-traditional Bengali values – things are…complex, to say the least. Allow me to demonstrate the sort of questions I get from my contacts – I won’t name them, but I will shame them!! Why, oh why are we judged like this so harshly and intrusively?  Especially by women? I don’t think most men have such a wide social judgement radar like us women, which is good and bad, like everything. However, I do think if women could just mind their own business, think more and judge less, then we will progress much more as a gender! Is it any wonder how only a handful of women have gone onto become public figures? No, actually. They have just concentrated on their own lives, worked fiercely hard,  looked after their own lot, thought more logically and used their emotional power to their advantage. I emulate such women and the more of you who do, the better!

Next, what is the problem with youngsters these days? Not just them per se, but the way we perceive them? Having taught this age group for around 8 years of my career, I can honestly say that they aren’t that bad and all they need is a little attention. They yearn to be heard, seen and respected for who and what they are. If you treat them nicely, they will reciprocate…maybe not at first, but that’s just a barrier they use to shield themselves from the world that’s unknown to them. If they are rude to you, do admonish them, but don’t make such a song-and-dance about it…keep it low-key, but clear enough for the person in question to understand what you’re saying to them.

The other evening, I was on my way home, wading through the rush-hour crowds, when a young woman bumped into me, with her back facing me. It was a thud and I was startled for two ticks, but I carried on fast-walking ahead, thinking nothing of it. (No, really. I wasn’t admonishing her in my head, of course not! :)) Then someone tapped me on my shoulder, I turned around to see it was her, looking rather angry and she said: “You should have said ‘sorry’ for pushing me though!” To which I replied, calmly yet sternly “You should have as well then!” And then, I walked off, leaving her with a baffled expression on her face. This whole incident makes me think in retrospect that a) why did she push me and then ask me to apologise? b) could I have said anything better?  Well, at least I didn’t make a show of it!

I’m going to love you and leave you for now…my rant is over, but do leave your comments should you wish. 🙂