When it comes to Facebook, I have reached a point where my perspective on it has divided: 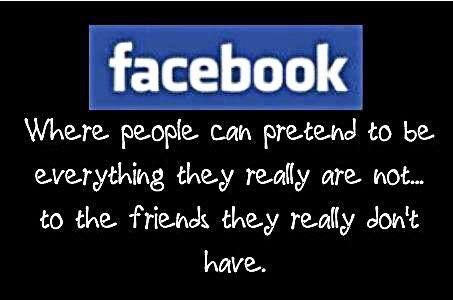 On the one hand, I’m thinking:

But is it Facebook’s fault, or is it the ‘friends’ in question?

Because, on the other hand, I’m also thinking:

This opens a whole new can of worms, such as:

But, but, but… if it also weren’t for Facebook:

Here’s a question, I find myself asking a lot of my contacts lately:

If Facebook closes down tomorrow, would you be at a loss, psychologically?

What about those who aren’t on Facebook, are they still in touch with people across the globe and if so, how much of an effort are they putting into such relationships? In my own personal network, many have never used it and some have left it – and they’re all doing fine – surprise, surprise!

In a pre-Facebook world, we would either a) take the time and make the effort to stay in touch with far-flung relatives, friends and associates, or b) lose touch for good.

However, what we are now doing is using Facebook as a ruse to watch what people we know are doing and saying, but putting less and less effort into caring for them. A mere click on the ‘Like’ button seems to be now deemed enough – comments are not even typed in unless it’s something that needs to be vehemently expressed.

How lazy, nosy and goddamn insecure have we all become? We may think we haven’t, but we all have to some extent – and that just ain’t right!

It isn’t all doom and gloom, of course. There are some quick things we could all do to make existing on Facebook a happier, genuine and enjoyable place again:

These are my personal opinions with no intention of offending anyone.