I trust all is going well on your end and I sincerely hope that you’re enjoying the new changes that I’m making to the website.

There’s more to come so do, in the words of one of my favourite British comediennes – Miranda Hart – ‘Bear With’!  🙂

Speaking of British-ness, it has been a while since I have presented to you another one of my lists, hasn’t it?

Well, without further ado, may I present to you Sudakshina’s ‘Only in Britain’ List, which comprises of my own observations on things that happen exclusively, quintessentially in Britain.

Those of you who are British, have a laugh on me, as you may probably be aware of most of these things already. Those of you who live across the world, prepare to be amused, if nothing else. 🙂

1. Public notices that state the blaring and glaring obvious!

Only in Britain would you see notices pasted in public transport, lamp posts, random noticeboards and the rest of it that ask us to do things that we already know we are to do.

For example, I recently saw inside a bus a poster that tells us to ‘like asking pushchair and buggy users to make space for the wheelchair users’  and to ‘hold on to the bars’ , so that we don’t fall over in buses!

In a noted central London tube station, recorded public announcements are played from time to time warning us that pickpockets are known to ‘work in this area’ and that we must be alert.  In Greater London (i.e. the suburbs), where there are bushy trees skirting the sides of pavements, there’ll be signs saying ‘Low Trees’. I mean, no, really? Thanks for telling me. NOT! 🙂

Only in Britain do toilet cubicles have notices  which instruct us to flush them after use, I can see why though, because some don’t – despite seeing the notices! Uggh!

Can you think of any other such ludicrous examples?

2. When to Smile at a Random Passerby

Only in Britain does this peculiarly bizarre issue surface. It’s as if randomly smiling at people passing by is either a)frowned upon

or b) thought to be odd.

What’s worse is while you’re thinking about whether to smile back at someone who has just smiled at you, the moment has gone and you’re left feeling weird!

I know, it’s silly, but we all do this here. I blame it on the weather, as we all do to! Only in Britain are things excessively dramatized when they go wrong and things which are going even reasonably well, are repressed to the extent that we rather not know that they actually took place!

For example, I say to someone: “The UK economy is actually growing now, by 0.8%… I guess things are looking up for us.”

This someone immediately retorts with: “Oh no, don’t be silly…things are still ruddy awful!”

Then I say, “But it’s in the news, they can’t be totally wrong now, can they?”

4. Apprehending the Youth (or should I say, ‘Yoof’)

Beware! Hold thy breath! Youths are boarding the bus/train/tube, or a public vicinity of some sort. Only in Britain do we look at our youths with disdain as they can be loud-mouthed, vivacious and ill-mannered.

Conversations automatically turn to something along the lines of ‘what does the future hold for this lot’, tut, tut.

Little do we realize that, once upon a time, we ourselves were not that much different from today’s youth, were we? I mean what’s the point of worrying about the young ‘uns when they’ll manage somehow in the end, like we all do.

5.  How SAD are we about the Weather!

It wouldn’t be a truly British list if I didn’t mention the weather. Only in Britain does this unique peculiarity affect us all,  at some point in time. A little too much of sunshine, showers, sleet, or snow, gets us moaning and oh how we do we love a good moan about the weather!

I reckon, if there ever was an international ‘Moan -O -Meter’ then it would be Britain getting the highest rating. 🙂 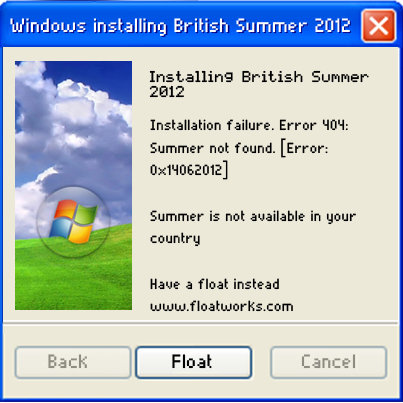 All said and done, what I find funny is that I love all these quirks and I am pretty sure I’m not the only Brit who does!  🙂